Book Traces Life of Author's Brother, a Former Priest Undone by His Mental Illness and Shot by Police 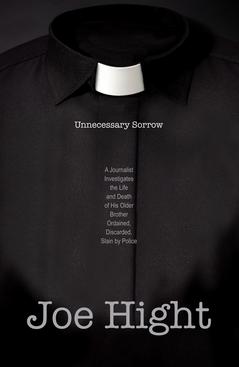 For more than a decade, I had a mission:  Find out what happened to my oldest brother, Paul Hight, a Roman Catholic priest purged from the Church because of his mental illness who as a middle-aged man was killed by police on the doorstep of his home. I waded through thousands of pages of documents, including my brother’s own writings as well as documents from the Church’s secret file on Paul and a one-hundred-and-fifty page police report about his death.

The result: Unnecessary Sorrow, is my first book, a true story that takes you on a journey back to my family’s struggles in the aftermath of the Great Depression’s Dust Bowl Days, my father’s return from the horrors of World War II, and the drowning of a beloved daughter that changed our entire family forever, including both Paul and me—although I was not born until many years later.

Telling this story required taking a closer look at the hope and upheaval in the Roman Catholic Church in the aftermath of Vatican II, tracing the changes in our country’s mental health system before and after deinstitutionalization, and looking for the why behind the headlines about police-involved shootings, which too often involve the mentally ill.  I also sought the truth about my brother’s exit from the priesthood and the breakdowns in the mental health care and criminal justice systems that contributed to his death.

In the end, I found myself seeking the lessons to be learned from Paul’s senseless death in the hopes that such unnecessary sorrow might never happen again. 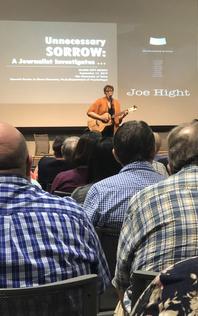 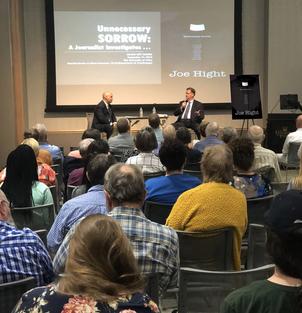 the Life and Death of His Older

Joe invites friends, family, and those interested in improving practices in the mental health care and law enforcement systems with regard to those with mental illness to a release party for his book Unnecessary Sorrow.  Thursday, September 19, at 6 p.m. at the Hight family’s bookstore,

Joe’s daughter Elena Hight will perform an original song based on the life and death of the late former Father Paul Hight, her Uncle Paul.